For all official information and updates regarding COVID-19, visit the South African Department of Health’s website at www.SAcoronavirus.co.za
News
News
Home / News / Just your ordinary photo of a sports car right? Wrong! 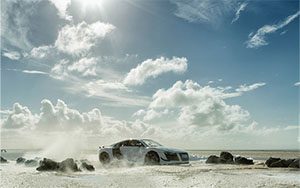 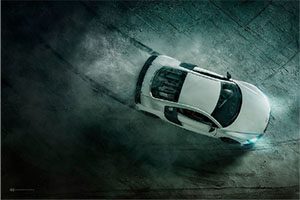 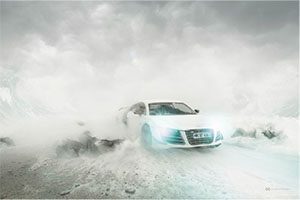 Is this the future?

The much hated wheel clamp might in the near future be replaced by the Barnacle – a contraption that sucks to your windscreen and won’t let go until you’ve paid up. Apparently the Barnacle is much lighter and way more user-friendly compared to the wheel clamp. At the moment it’s being tested in the US. Let’s see what happens.

A hot topic of conversation amongst South African drivers this past few months, has been the new number plate regulation that’s set to be introduced in 2017. (Links to news section on Hi-Q website where rest of story is hosted) In a statement recently released by the department of transport, it was confirmed that South African drivers would indeed need to upgrade to new number plates come 2017, and that these plates will need to be renewed every 5 years. However the details of the roll out is still unclear. The department did confirm that there would be a consultation period, which would include public input.

Here’s what we know so far…

The new number plates will be embossed aluminium plates, with the background printed under a coat of a retro-reflective surface.

In the statement the department stated that the new number plates will be less prone to security threats and that it will mitigate abuse by unregistered number plate manufacturers. Read the full statement here: http://www.sanews.gov.za/southafrica/new-improved-vehicle-number-plates.

We use cookies on our website to give you the most relevant experience by remembering your preferences and repeat visits.
By clicking “Accept”, you consent to the use of ALL the cookies.
Cookie settingsACCEPT
Manage consent

This website uses cookies to improve your experience while you navigate through the website. Out of these, the cookies that are categorized as necessary are stored on your browser as they are essential for the working of basic functionalities of the website. We also use third-party cookies that help us analyze and understand how you use this website. These cookies will be stored in your browser only with your consent. You also have the option to opt-out of these cookies. But opting out of some of these cookies may affect your browsing experience.
Necessary Always Enabled
Necessary cookies are absolutely essential for the website to function properly. These cookies ensure basic functionalities and security features of the website, anonymously.
Functional
Functional cookies help to perform certain functionalities like sharing the content of the website on social media platforms, collect feedbacks, and other third-party features.
Performance
Performance cookies are used to understand and analyze the key performance indexes of the website which helps in delivering a better user experience for the visitors.
Analytics
Analytical cookies are used to understand how visitors interact with the website. These cookies help provide information on metrics the number of visitors, bounce rate, traffic source, etc.
Advertisement
Advertisement cookies are used to provide visitors with relevant ads and marketing campaigns. These cookies track visitors across websites and collect information to provide customized ads.
Others
Other uncategorized cookies are those that are being analyzed and have not been classified into a category as yet.
SAVE & ACCEPT